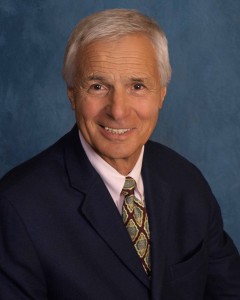 Joseph Benedict is a partner and founding member of Benedict Altman and Nettl.  After graduating from law school during the height of the Vietnam War, he became an Airborne Ranger in the U.S. Army.   In Vietnam, he served in the JAG unit, where he prosecuted and defended hundreds of criminal cases.

Upon returning home to New Jersey, he joined the Middlesex County Prosecutor’s Office, where he rose to become the Chief of the Trial Section.  He left the Prosecutor’s Office to enter private practice, forming a partnership with Steven Altman in 1978.

Ever since, Mr. Benedict has handled innumerable criminal cases of all magnitudes.   He has represented defendants in trials for murder, aggravated sexual assault, public corruption, and more.

He is co-chair of the Middlesex County Bar Association’s Criminal Practice Committee.  As a result of his experience, he is certified by the New Jersey Supreme Court as a Criminal Trial Attorney.  He has also been named in New Jersey Super Lawyers magazine every year since 2005.  He has been listed in “Best Lawyers in America” every year since 1995.  In 2012 and 2014, that publication named him “Lawyer of the Year” in the area of Criminal Defense – Non-White Collar.  Martindale-Hubbell has awarded him an AV rating every year for over 25 years.  New York Magazine annually rates him as one of the top criminal lawyers in the metropolitan area.  The Middlesex County Bar Association has named him the Criminal Trial Practitioner of the year for 2009.  He regularly lectures on criminal law issues for attorney’s seeking certification as Criminal Trial Lawyers, or other lawyers seeking to improve their litigation skills.

We can discuss your case and choose the course of action that is right for you.   Every case is handled in a confidential and discreet manner.  To set up your free initial consultation, contact Benedict Altman and Nettl today.